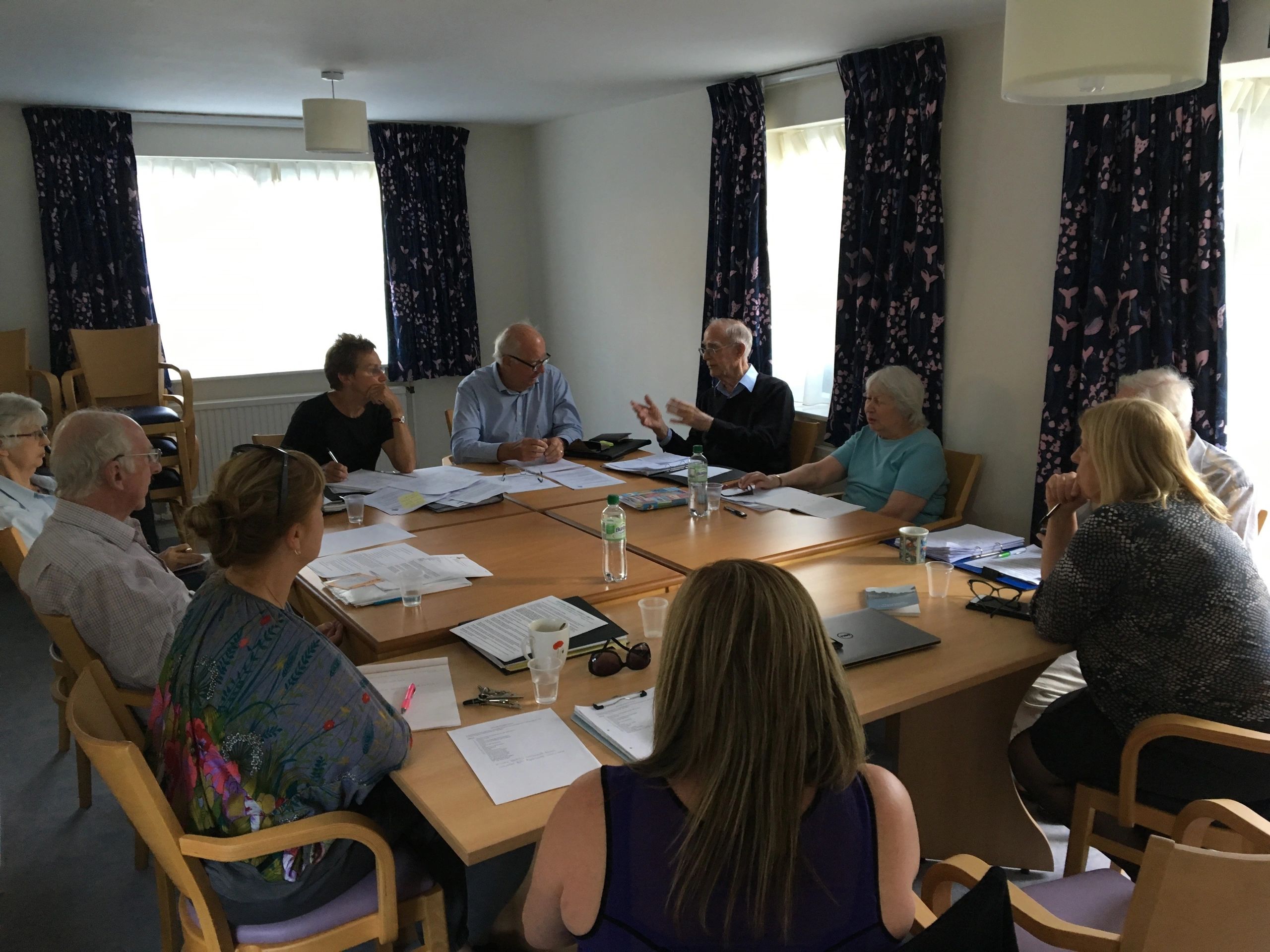 The Society is governed by a Committee of Management. Members of the Committee are volunteers and receive no payment except for out of pocket expenses.

Their activity is controlled by the Rules of the Society and a Code of Conduct.

Allan started his career as a Psychiactric nurse. Later Allan became a lecturer in colleges of further education (Economics & Government, to A level) and then spent over 26 years on overseas service with the British Council in developing countries, mainly managing scolarships and education aid projects funed by UK, multinational agencies and host countries.

Since retirement Allan has served on Immigration Appeals Tribunals and as a voluntary advisor to the EU.

Jo qualified as a Chartered Surveyor after a degree in Estate Management. She spent all her working life in housing after initial management training in the Estates Department at British Rail Southern Region.

After buying and converting street properties in Islington and Camden for the nascent Circle Thirty Three Housing Trust and heading the Borough Valuer’s housing valuation team in Hackney Jo continued her career in housing after the birth of her children working as a project manager, finding sites, obtaining planning consent and managing the development process to occupation for several North London Housing Associations.

Jo was brought up on the Suburb from the age of 7 and has been fortunate to be able to raise her own family here.

She is a long serving member of the Orchard Management Committee and became Secretary this year.

After taking a Maths degree, Peter started his career in IT in the very early days of computers.  Working for the main suppliers at the time as use of IT rapidly developed, he installed systems for British Railways, then later moved on to communications systems for various airlines (thereby following a life-long fascination with civil aviation) and latterly command and control systems for police, fire and ambulance in various parts of the world.

Born in Liverpool, at school in the Isle of Man during WW2, and then via South Wales and Oxford he came to London and lived in various locations, before getting married in 1962 and discovering the Suburb almost by accident.  He and his wife raised their family here, based for the last nearly fifty years in the same house in Hampstead Way as only the second owners in over 100 years.

Peter has been Treasurer at The Orchard for close to ten years.

Charlotte is an experienced housing professional having worked at a chief executive and managing director level in a number of housing organisations for over twenty years. This has included management of sheltered housing and care.  Charlotte is a local resident and currently chairs the Tenant Sub Committee.

Graham Cunnold is a Financial Analyst with a wealth of experience in Change Management and Property Management.

Following initial training in Mechanical Engineering at Bristol University he studied Business Administration and Financial Analysis at the University of Westminster.

He worked for Honeywell and Rio Tino Zink before joining Hoffman la Roche "to introduce modern management practice" to the UK business in the wake of the Monopolies Commission ruling against them. He subsequently joined the Commonwealth Telecommunications Organisation, becoming its General Secretary in 1982.

Graham retired in 1995 and has run his own business (property and printing) which he sold prior to joining The Orchard. He has lived in the suburb for 40 years.